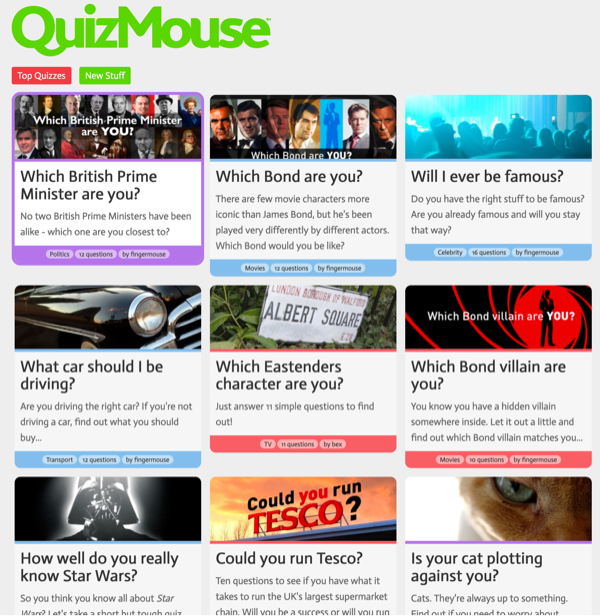 Quizmouse is a project custom-built by Fingermouse to experiment with a number of new technologies and as a testbed for various ideas. Many new features on other sites are tested out on Quizmouse first to see how they respond and to identify problems created by large visitor numbers. 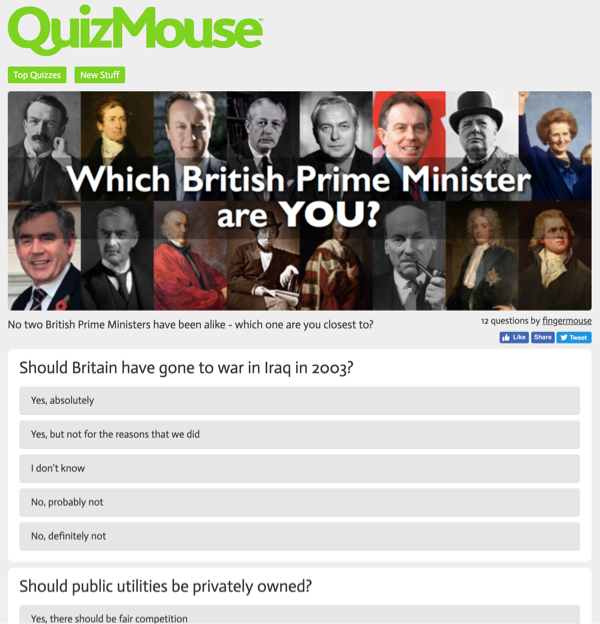 Although many quizzes don't see large amounts of traffic, the 'Which British Prime Minister Are You?' quiz was popular on Facebook and was played several hundred thousand times by visitors from around the world. Although the quiz looks simple, under the surface it's running quite a complicated scoring system so the results are actually much more accurate than most people might think. Many other quiz sites use very simple scoring, whilst Quizmouse tracks responses on multiple attributes and then works out a similarity score based on a final result profile.

Not all quizzes have to look the same. The Bond quiz uses clickable images as answers, and other quizzes use images in different ways. A quiz asking you to identify movies from the stills not only shows the main image and multiple choice list, but it also reveals the answer inline as another image. Some quizzes store up a profile in order to match at the end, others reveal answers as you play them. 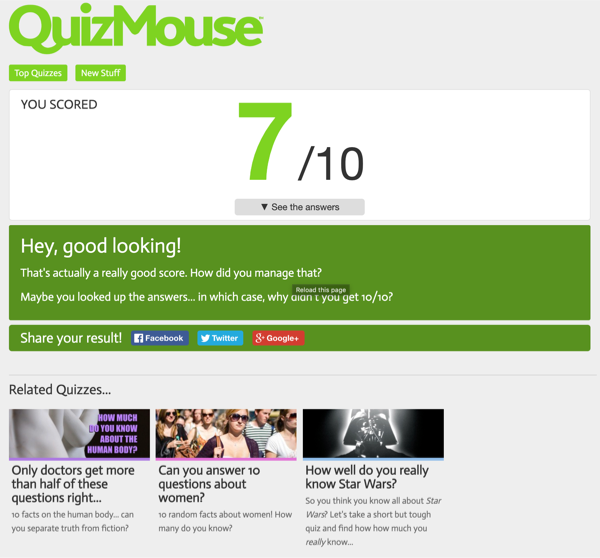 Quizzes can also have right or wrong answers, rather than simply being a 'What x are you?' type. This means that they can be used for general knowledge quizzes or other types of grading. Answers can be hidden until the end, where the option is available to view the correct answers along with your score (which can be a percentage or an x/x type) and quiz creators can even hide the answers completely so that visitors can have another go without spoiling the result.

The system used to be built to allow anybody to register and create quizzes, but despite a relatively simple interface, most visitors didn't realise how much effort goes into creating a quiz and ended up abandoning their effort half-way through. The database has hundreds of half-finished quizzes so this feature was removed in order to limit submission to those people who are specifically invited or already have a login. The removal of this feature also helps simplify the site since GDPR regulations have tightened up data protection requirements.