Fingermouse designed a logo for Cornerstone Choices based on a colour scheme of their choice. The logo represents a 3D box with helping hands, but it can also be seen in a less obvious way as a coffin shape, as a large part of Cornerstone's business involved funeral support. A typeface was chosen to be perceived as friendly but official by the target market. 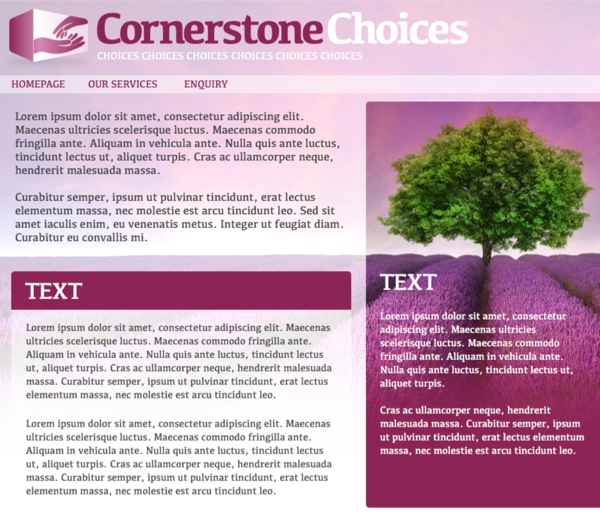 The website, seen here in mockup form, strongly followed the company's colour choice. Use of varying inverted text and stronger and lighter shades helped to bring variation where only a single colour was being used as branding. Although Fingermouse suggested some variation in colour and a slightly different palette, the decision does come down to the client and the resulting design was based on the client's request.